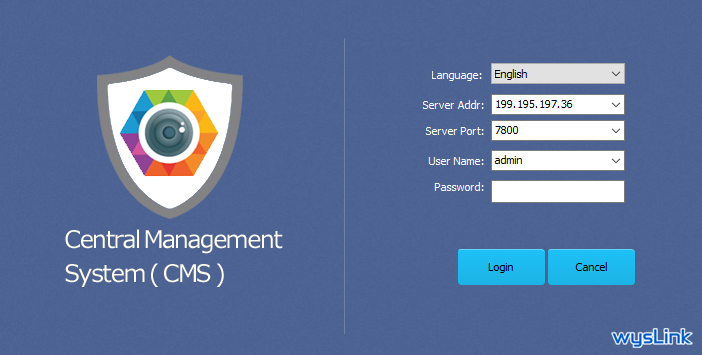 ousands of cameras or recorders. It consists of video servers and windows desktop clients. Video servers can be configured as single, or multiple servers with multiple layers to tailor to specific project needs. The modern and powerful desktop clients can access the centralized video server system from anywhere they are needed to check live, recorded video, and real time alerts as well. It offers efficient video management, flexible deployment, continuous recording and proactive control, suitable to deploy systems for factories, retailer stores, school, airport, government and so on.

for small or medium business, one local video server connects with video recorders, or network cameras. A user friendly interface lets you manage and monitor IP cameras in your shop or office.

For factories, multiple locations of branches, shops .. . One or multiple servers are deployed at local, and a second layer server (s) is deployed at remote. Video can be stored at local, remote servers or both 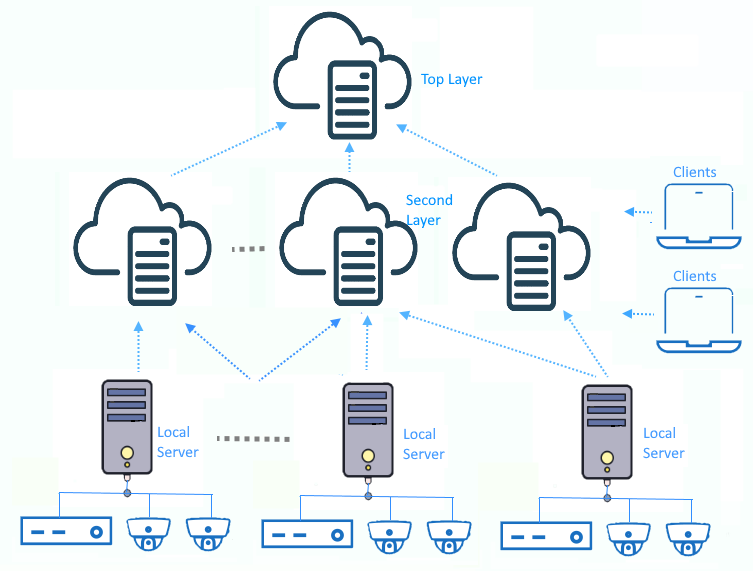 The system is a closed system, where there are no any accesses with third party servers and storage from the applications and services. There is no website based access allowed from core servers.   Videos are streamed by TCP packet, and guarantee a seamless streaming and recording for all the time as long as the network is stable. The video can be configured to be recorded at multiple servers local or remote with different video lifetime, so it reduces the risk of data loss or other possible damages when server error. It easily reconfigures video stream flow to other servers when server fail out.

By the windows desktop client, you can play back recordings quickly and track the changes during your IP camera’s watch time.  It supports grid video display up to 32 channels, and can extend to 16 TV wall screen displays;  supports tree view, and map view where the camera is selected by clicking the location on the map 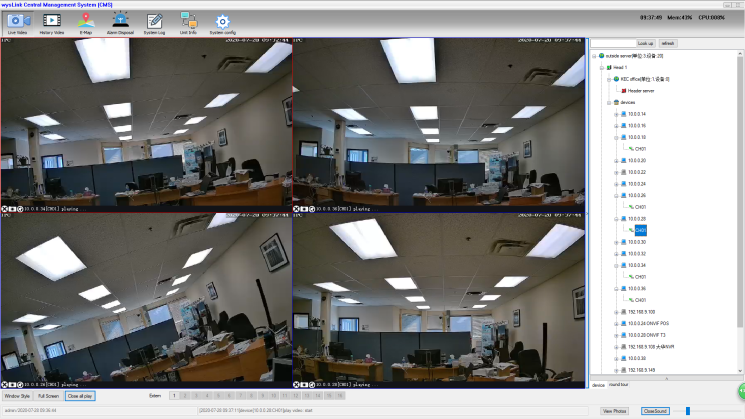 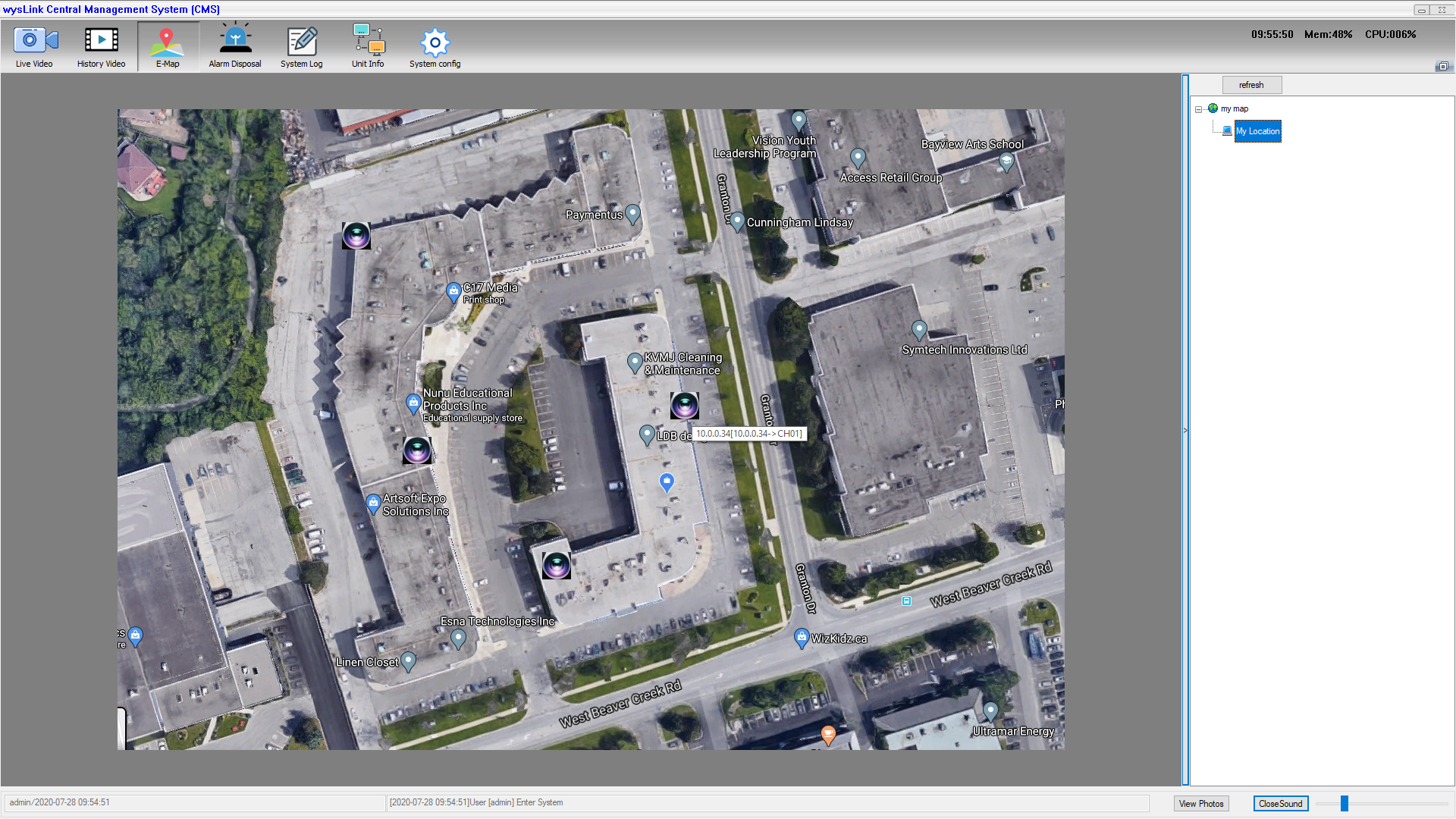 The server system has been integrated with several IP cameras for several specific vendors by which some detailed function can be supported. Meanwhile It is an open platform, giving you the flexibility to use existing cameras or select cameras from other vendors. The system is designed to meet open standards for easy interoperability with third party software and hardware by ONVIF protocol.

wysLink CMS requires a remote host server delivering a certain level of performance which may be affected by the number of paired recording servers and the IP cameras in the CMS architecture. It is thus essential to select a suitable product as the CMS host server to deliver a good performance of overall operations.

Besides, following aspects are considered

About windows client application, it can run at most of PC with windows 7,or higher, almost no specific requirements. However if client need access videos more than 32 channels, the PC video display performance need considered.

Feel free to consult us for the best cost performance servers.